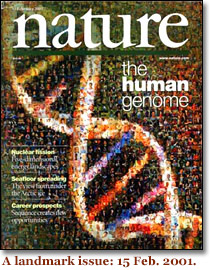 The TRU community has gained online, 24/7 access to some the world’s most prestigious scientific journals.

The Library has switched its subscriptions to Nature, Nature Genetics and Nature Neuroscience from print to online versions in order to expand access — and reduce costs in the bargain.

“This vastly increases access to important scientific literature for students and faculty, including those in Open Learning,” said Collection Services Librarian Penny Haggarty. Whereas before, students were usually reluctant to retrieve articles from the print journals on the shelves, the online version will provide them direct access via Summon, with just a click.

The improved access was possible through TRU Library’s membership in COPPUL (Council of Prairie and Pacific University Libraries), a consortium that’s able to negotiate with publishers as a large block. Thus TRU Library is able to acquire the online subscriptions for the reduced rate of $13,000 annually, versus $16,000 for the print subscriptions, resulting in a $3,000 annual saving.

“Though costly, the online access is less expensive than maintaining subscriptions to the print versions at both the Kamloops and Williams Lake campuses,” Haggarty said.

Online access also helps the Library track readership. And in fact, in view of recent steep hikes in the journals’ subscription rates, TRU Library will be closely monitoring usage statistics for the online editions, Haggarty added.

First published in 1869, Nature is ranked as the world’s most-cited interdisciplinary scientific journal by the Science Edition of the 2010 Journal Citation Reports.

Whereas most scientific journals are now highly specialized, Nature is among the few that still publish original research articles across a diverse range of scientific fields. While research scientists are Nature‘s primary audience, the front part of the journal contains editorials, news and feature articles on issues of general interest. Summaries and accompanying articles help make many of the most important papers understandable to scientists in other fields as well as the educated general public. The online version improves access to such content, Haggarty says.